Dušan has been dealing with regulatory reforms in the field of public administration and e... 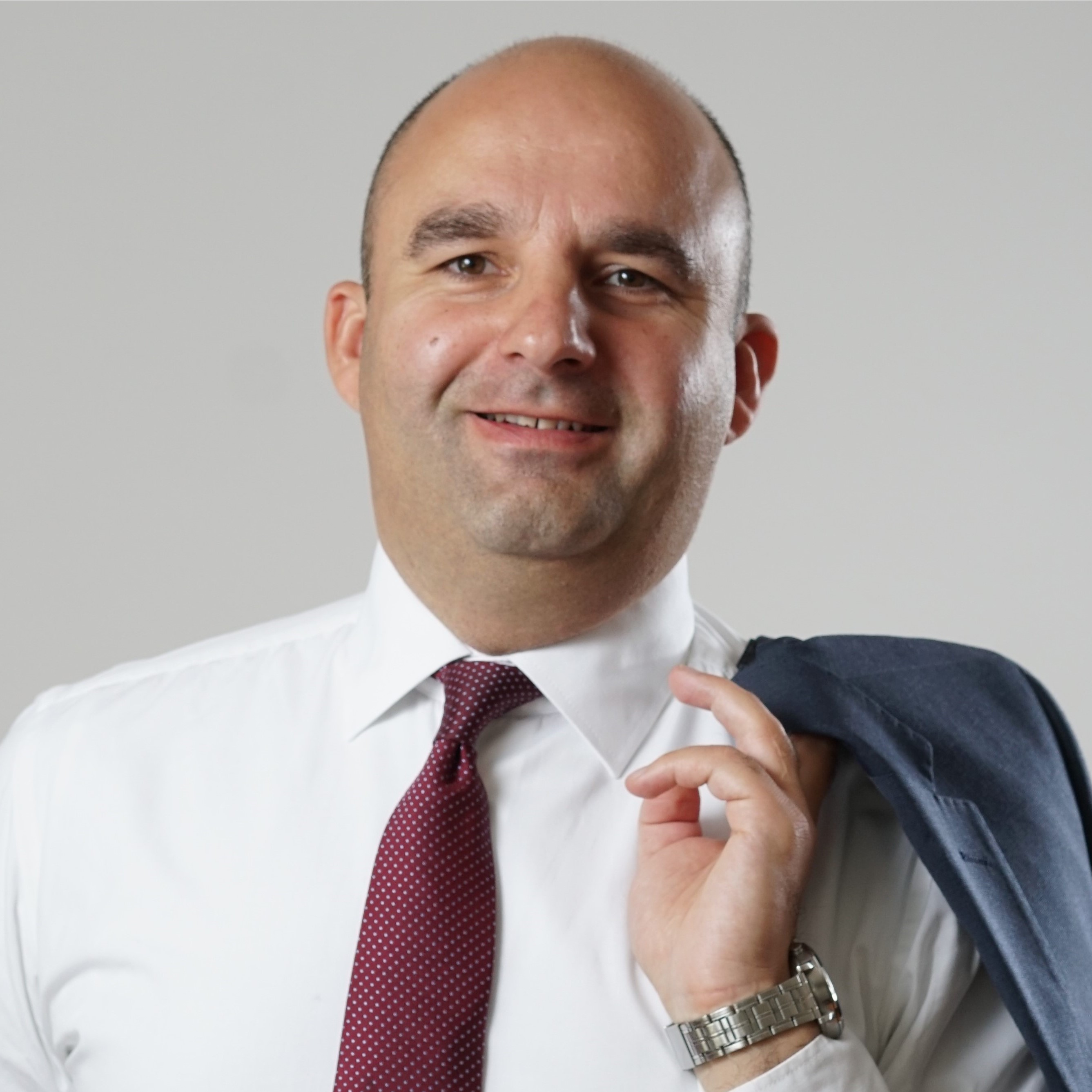 Dušan has been dealing with regulatory reforms in the field of public administration and economic development since 2001. He has cooperated with NALED in various roles, ever since the organization was established, currently as Economy and Good Governance Advisor. He took part in devising the concept and realizing NALED's Grey Book, the campaign Ask When, the Regulatory Index of Serbia and the Business Friendly Certification in South East Europe. Some of the reforms where he had one of the leading roles refer to the issues of real estate registration, construction permitting, abolishing para-fiscal charges, labor legislation, property taxation, land use and development fees, decentralization and strengthening the authorities and capacities of local governments. He is a member of multiple working groups established by the Government and line ministries, including the Joint Group for Improving Serbia's Position in the World Bank's Doing Business List. From 2018 to early 2019 he was a senior expert in business legislation for the Serbia Investment Climate project by IFC as part of the World Bank Group. Prior to this, he was a Business Policy and Economic Governance Director in USAID Business Enabling Project (USAID BEP), and later served as the Deputy Chief of Party for the same project. From 2002 to 2010 he led policy teams in USAID projects dealing with decentralization and local economic development. From 2001 he was Project Director in the Public Administration and Local Government Center (PALGO). He has a PhD degree in economics, a Magister degree in local economic development, and he graduated from the Faculty o Political Sciences in Belgrade. He was a Visiting Fellow at the Lincoln Institute of Land Policy from Boston, USA, and Assistant Professor at the Faculty of Political Sciences. His expert and scientific works have been published in Serbian, English and Spanish.

Head of Property and Investment Unit

Jasmina graduated from the Faculty of Law, University in Belgrade, the International Law departme... 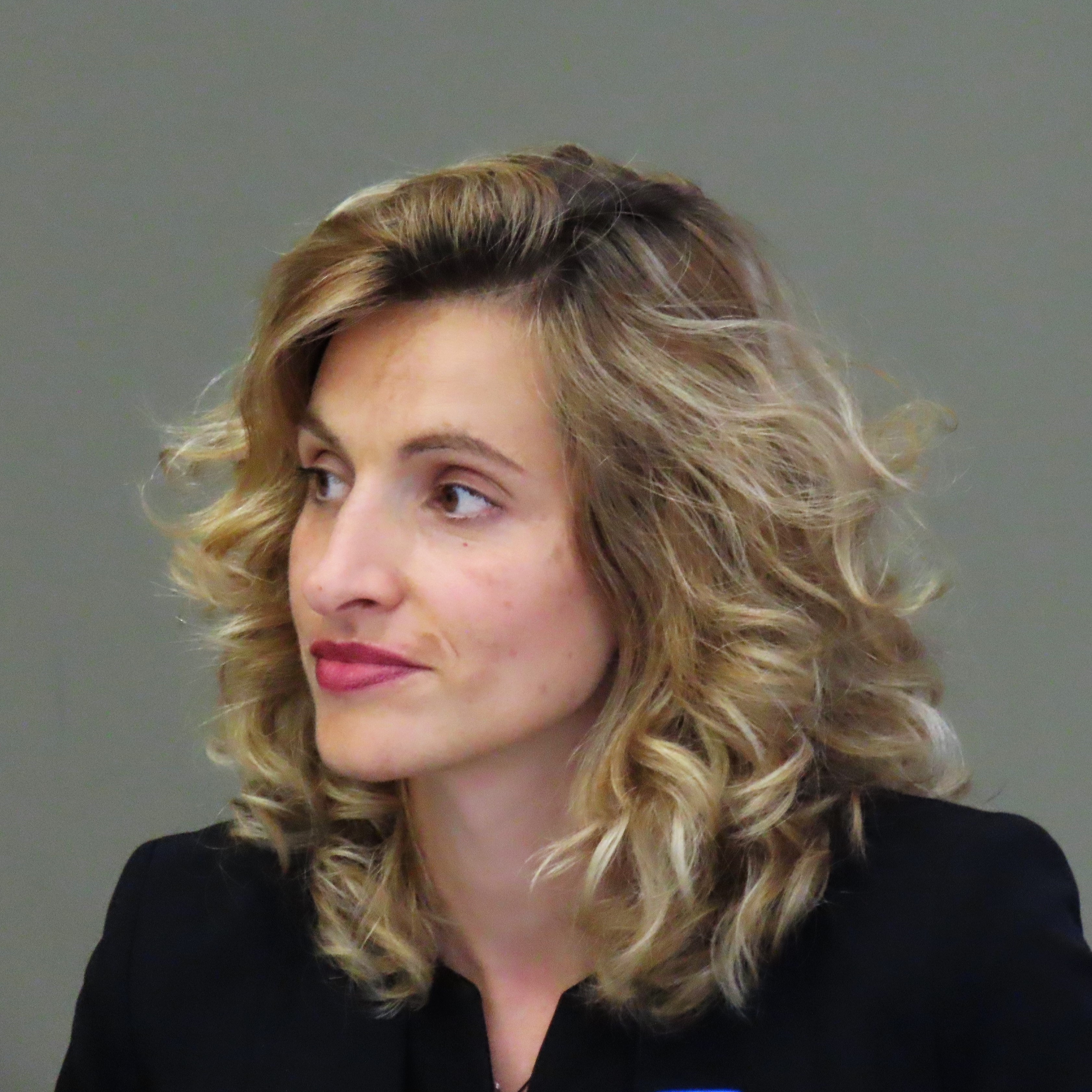 Jasmina graduated from the Faculty of Law, University in Belgrade, the International Law department in 2001, after completing the I Belgrade Gymnasium. As part of the second generation of the Faculty of Law in Belgrade, in 2002 she specialized in European Union legislation within an international program organized in cooperation with the European University of Nancy. Early work engagement in the area of finance encouraged Jasmina to continue post-graduate studies at the Faculty of Law in the Commercial Law department, earning a Magister cum laude degree in 2005 with the thesis “Fusion of companies in Yugoslavia and the EU”. Crowning her knowledge and experience in various areas of law, she passed the national judicial exam in 2007 before the Ministry of Justice, and the bar exam in 2016 before the Belgrade Chamber of Lawyers. From 2013 to 2016 she engaged in research work for a PhD thesis in the field of commercial crimes. She attended English course in London in 2001. Parallel with professional development programs, she has been building a years-long career in the banking sector. From 2002 to 2010 she gained priceless work experience in as Legal Affairs Coordinator in Srpska Banka, moving to the position of Assistant Director in Jubmes bank in 2010, and later the Legal Affairs Director. She has been a member of NALED team since October 2017 dealing with policy reform (Law on Registration in the Real Estate and Utility Lines Cadaster, Law on Fees for Use of Public Goods, Insolvency Law, Company Law, Law on Public Procurement, Law on Litigation Procedure etc.), coordinating the activities regarding the World Bank's Doing Business report, being a part of working groups and projects (for elimination of stamps, urban and rural land consolidation, optimization of procedures, informal employment etc.) and coordinating the work of Property and Investment Alliance and BFC Club.

Oliver has worked for many years as an economic development specialist at a senior management lev... 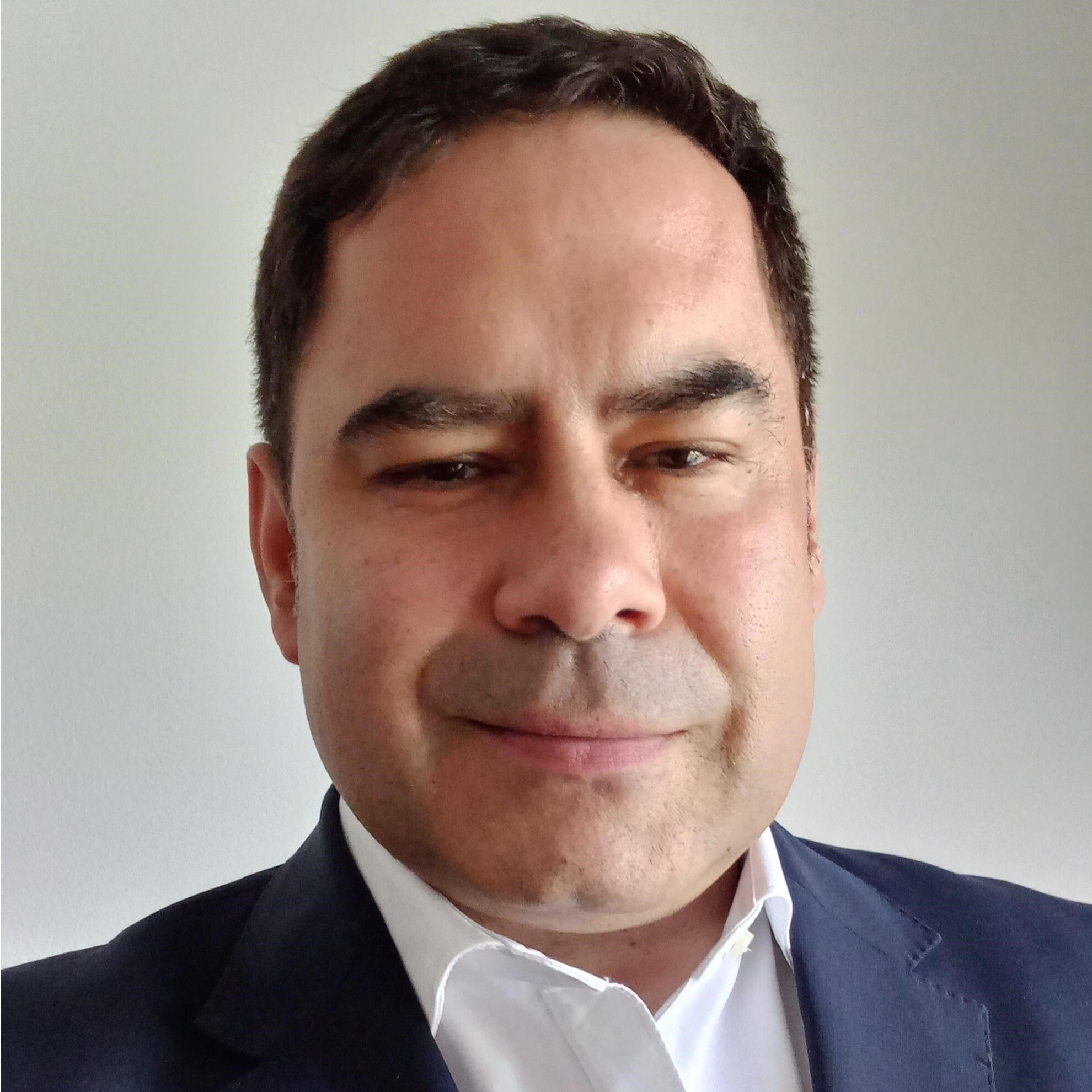 Oliver has worked for many years as an economic development specialist at a senior management level on European projects through the CIM Integrated Experts program. All of these projects were located within local economic development agencies / Chambers of Commerce and Industry and focused on an analysis of potential business development issues and opportunities. In addition to the agency-driven understanding of economics, Oliver has practical first-hand knowledge of the private sector - as Country Manager for a trading company, he was responsible for the expansion of the business logistics, purchasing and sales for distribution and retail activities. Oliver is highly experienced in business accompaniment for potential business expansions thanks to the broad-ranging experience with the German Chambers of Industry and Commerce in Singapore, Czech Republic and Australia. Previous to NALED’s engagement, Oliver was employed as a Regional Director General of the Chamber of Commerce and Industry office in the county of Altenkirchen, the third largest county industrial base in the state of Rhineland-Palatinate, with 8,000 companies.

Adis graduated from the Faculty of Law at the University of Belgrade and passed Bar Examination a... 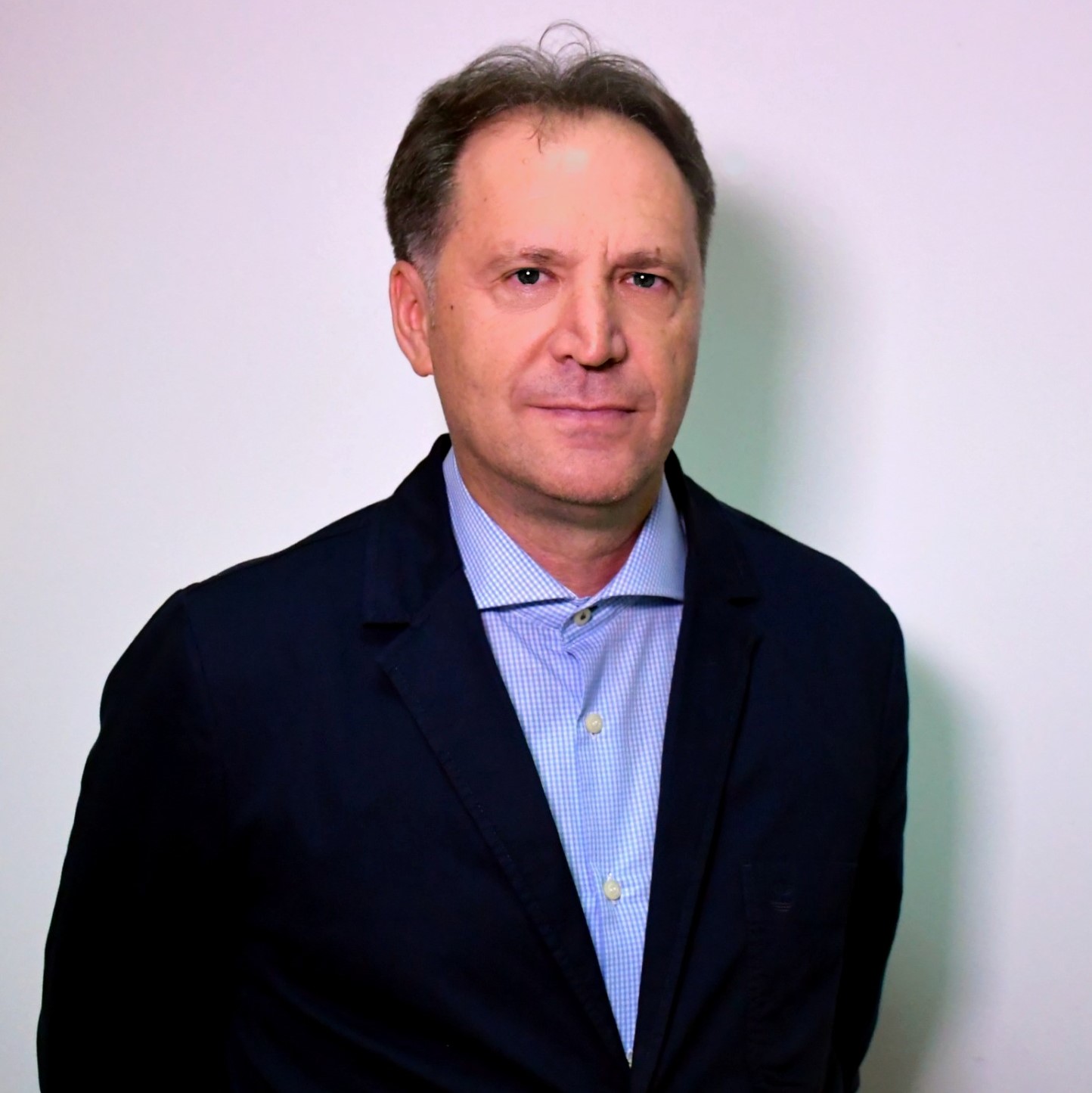 Adis graduated from the Faculty of Law at the University of Belgrade and passed Bar Examination at the Ministry of Justice of Serbia. Throughout seventeen years of work experience, he worked as a law clerk and then as a lawyer in the civil matter, labor relations, contractual relations and business law contracts, as well as in the field of foreign trade turnover. From 2001 he worked as an internal auditor to implement the application of regulations, rules and procedures of USAID, DAI and implementation of project activities of USAID's project SLGRP dealing with the reform of local government. During a period of five years, he worked as an Internal auditor and HR Manager in USAID's MEGA project that dealt with local economic development, being engaged in the process of drafting rules and procedures, and implementing labor legislation and regulations of positive law. Joined NALED from September 2011 where he is engaged mostly in monitoring and promoting regulatory reforms relevant for businesses and business improvement, and monitoring the process of adopting relevant by-laws. He also worked on human resources and contracting tasks, and since 2015 he has been dealing with electronic construction permitting, the unified permitting procedure and the work of Call Center for the implementation of the Law on Planning and Construction.

Irena completed bachelor studies in Journalism at the Faculty of Political Sciences in Belgrade a... 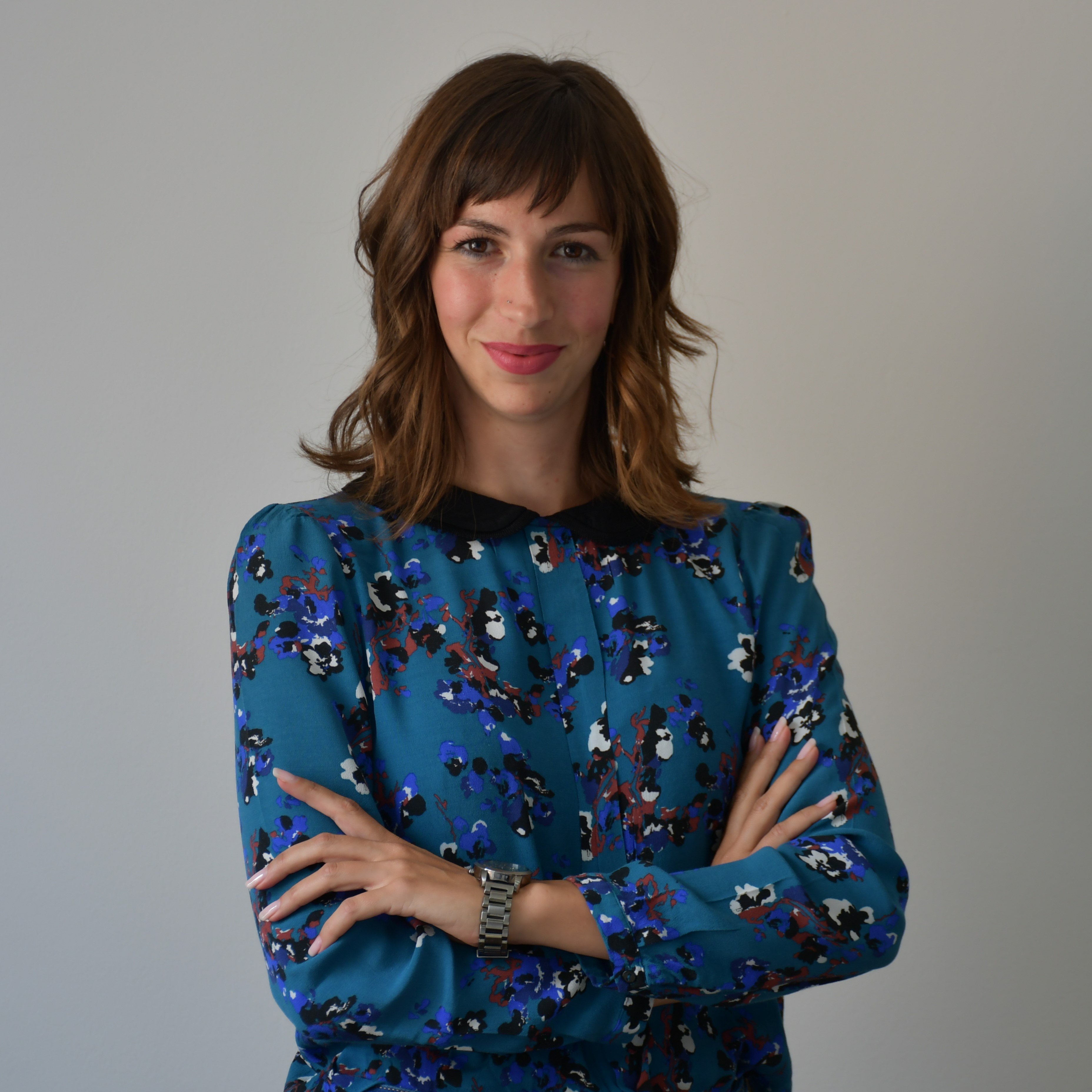 Irena completed bachelor studies in Journalism at the Faculty of Political Sciences in Belgrade as the best student in her generation, and later the multidisciplinary Master studies in Terrorism, Organized Crime Security at the University in Belgrade. She is a scholar of the Young Talents Fund – Dositeja, the Ministry of Education, Science and Technological Development, the Education Secretariat of the City of Belgrade and the Konrad Adenauer Foundation. She joined NALED in January 2016 as an intern in NALED's Communications department, later moving to the position of Researcher in NALED's Policy department, where she works on collecting and processing data for a variety of NALED's projects and activities (desk research, interviews, focus groups, internal workshops), developing policy briefs and studies using various methods of analysis (comparative analysis, cost simulation, impact analysis, standard cost method). She is the author of Analysis on Tax and non-Tax Burden to Start-Ups and participated in the development of several policy briefs dealing with taxation, shadow economy, cashless payments, the position of youth at risk etc. She speaks English and Italian.

Jelena graduated from the Faculty of Law at the University of E... 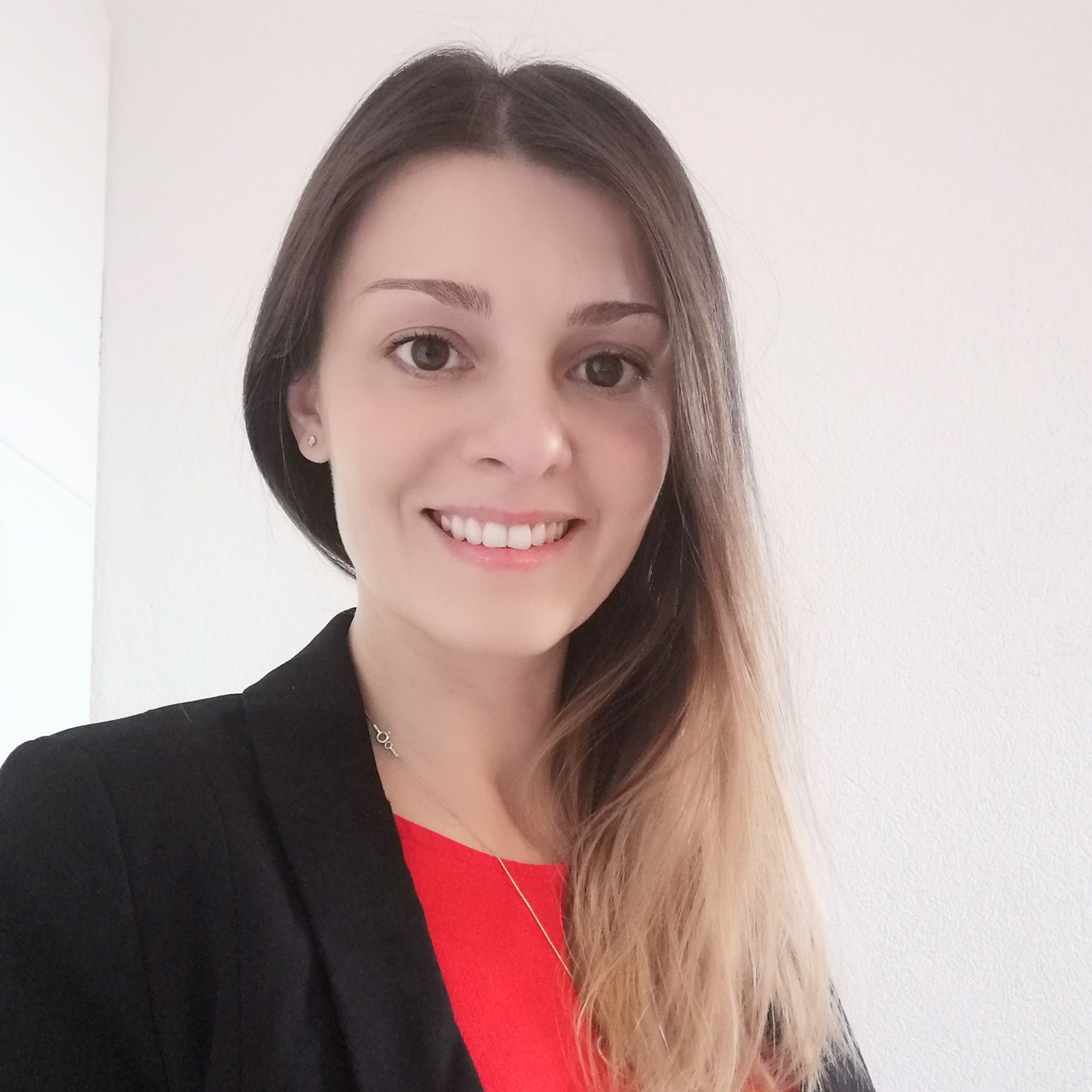 Jelena graduated from the Faculty of Law at the University of East Sarajevo. During her student days, she was active in the NGO sector through membership and active work in a youth organization. She gained her first work experience in the profession while doing an internship at the Kastratović Law Office in Belgrade. After a two-year internship, she got a job at the "Branko Ćopić" elementary school in Belgrade, in the position of lawyer-secretary, where she performed all the legal tasks necessary for the functioning of this institution. She also worked as a lawyer-secretary at the Institute for the Education of Children and Youth in Belgrade, where, in addition to managing the general affairs department, she conducted public procurement procedures, drew up contracts, kept staff and personnel records of employees and all other necessary legal tasks. Jelena is engaged in the Unit for Property and Investments as an Associate for Regulatory Reform.

Nevena completed Bachelor studies at the Faculty of Political Scienc... 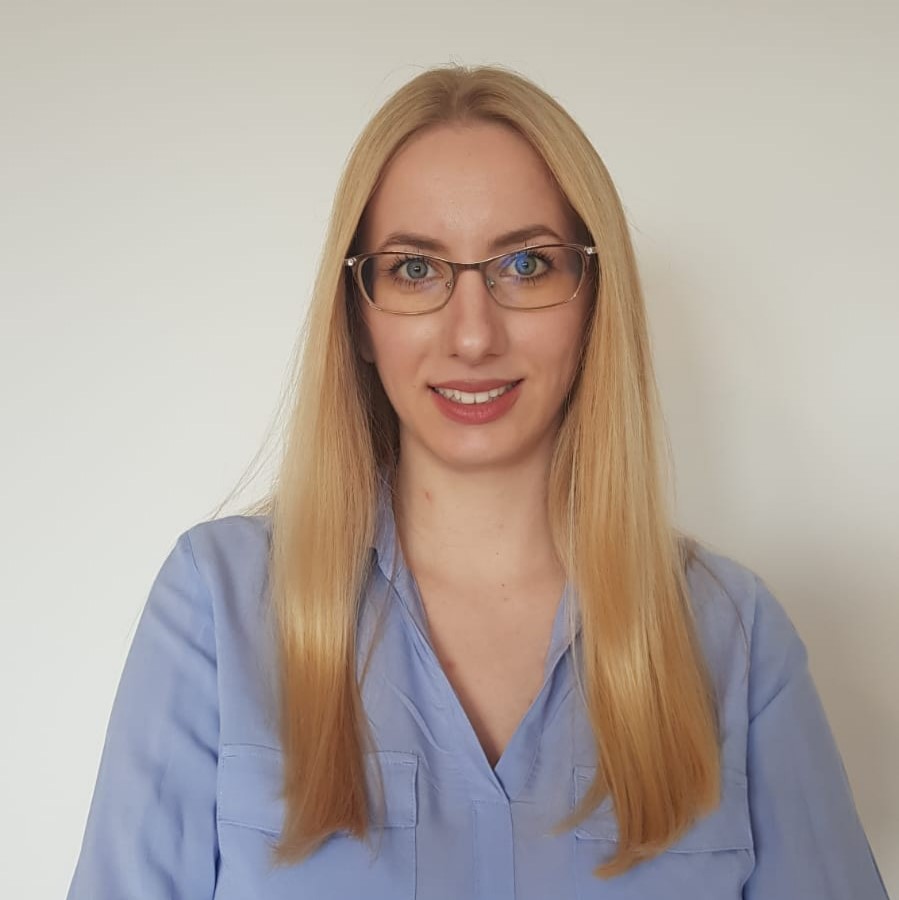 Nevena completed Bachelor studies at the Faculty of Political Science, University of Belgrade, within the department of Politicology. She gained her first work experience in the municipality of Cukarica, in the Property, Legal and Housing Affairs department, being engaged as an intern. She spent two and a half years at the civil society organization Crta - Center for Research, Transparency and Accountability, working on improvement of the transparency, openness and participation of the National Assembly of the Republic of Serbia through the Open Parliament Initiative. She is an alumni of Crta's Academy for Democracy and OSCE Dialogue Academy for Young Women. She was a short-term observer at the Croatian president elections and at the elections for councilors for the Assembly of the City of Belgrade. She speaks English. Nevena joined the NALED team in June 2021 as an associate within the Entrepreneurship and Investments department.

Iva completed her basic and master's studies in spatial planning at the Faculty of Geography, Uni... 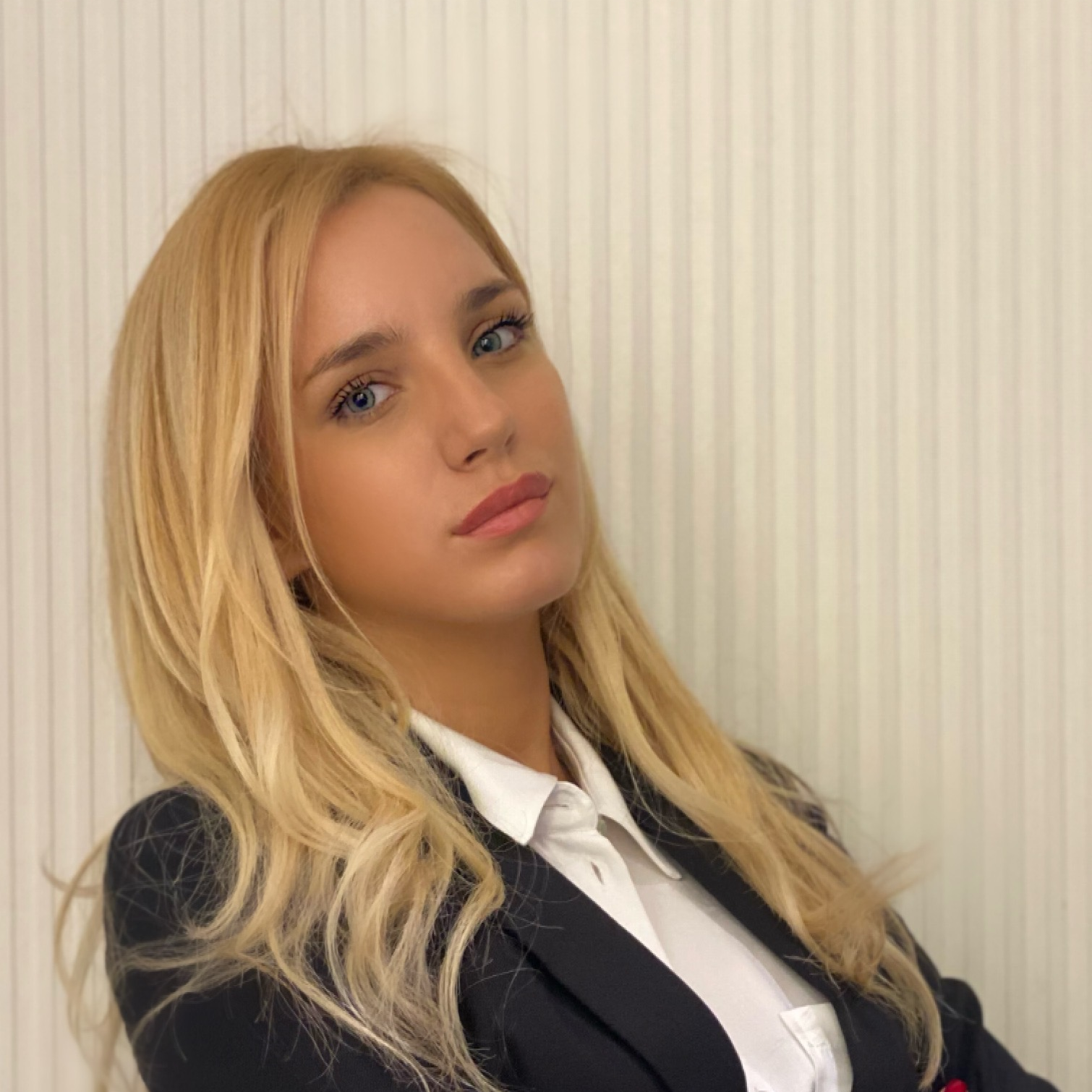 Iva completed her basic and master's studies in spatial planning at the Faculty of Geography, University of Belgrade. During her studies, she attended professional internships at the Public Company for Development of Building Land (City of Kraljevo) and the Directorate for Waterways (Ministry of Construction, Transport and Infrastructure of the Republic of Serbia). After the expert meeting of spatial planners held in Austria in 2015, with a group of students, she published the work "Protection of nature and the natural environment of Austria". She started her first job in 2018 at the Republic Geodetic Institute as a team member on the project Updating the Address Register After that, she worked in the Ministry of Construction, Transport and Infrastructure, in the Directorate for Waterways, as a GIS administrator and planning analyst in the Department for providing information on the state of waterways, river information services, planning and implementation of international projects. She participated in many trainings conducted by the National Academy of Public Administration (NAPA): "IPA II - Project Management Group", "Planning of IPA Funds and National Participation", "Public Policy", etc. Iva joined the NALED team as a regulatory reform intern in the Property and Investments Unit.